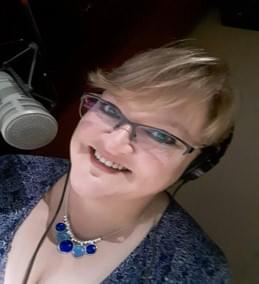 The first person diagnosed with the Wuhan coronavirus in the United States is being treated by a few medical workers and a robot. The robot, equipped with a stethoscope, is helping doctors take the man’s vitals and communicate with him through a large screen, said Dr. George Diaz, chief of the infectious disease division at…… END_OF_DOCUMENT_TOKEN_TO_BE_REPLACED

The Department of Homeland Security is implementing a number of updates to the administration’s controversial policy of returning migrants to Mexico for the duration of their US court proceedings, an implicit acknowledgment that changes were needed. The changes — aimed at speeding up court case processing, among other things — will include a review of…… END_OF_DOCUMENT_TOKEN_TO_BE_REPLACED

California is doubling down on plans to use QR Codes in its fight against illicit cannabis sales. The California Bureau of Cannabis Control on Thursday proposed emergency regulations that would require state-licensed cannabis businesses to display their unique Quick Response Code certificates in their store windows and ensure they have the digital barcodes handy when…… END_OF_DOCUMENT_TOKEN_TO_BE_REPLACED

Massachusetts Sen. Elizabeth Warren said Thursday she was not thinking “in terms of the politics” when asked if she was worried discussions of former Vice President Joe Biden in the ongoing impeachment trial were strengthening Biden’s presidential bid. Democrats allege President Donald Trump abused his office by directing a pressure campaign for Ukraine to announce…… END_OF_DOCUMENT_TOKEN_TO_BE_REPLACED

A young mother nursing her baby at a Chick-fil-A was taken aback after a store manager asked her to cover up. Samantha McIntosh was breastfeeding her 7-month-old daughter at a Chick-fil-A in Evans, Georgia, on Monday when she was approached by a store manager, McIntosh said. “I feel as though I have a right to…… END_OF_DOCUMENT_TOKEN_TO_BE_REPLACED

President Donald Trump is expected to sign the United States-Mexico-Canada Agreement next Wednesday, according to a White House official and an administration official. Senators from both parties came together last week to pass one of Trump’s foremost legislative priorities — the revised North American Free Trade Agreement — just days before his historic impeachment trial…… END_OF_DOCUMENT_TOKEN_TO_BE_REPLACED

According to arrest records in Jefferson Parish, 51-year-old Jean-Pierre Gillain was extradited from California and booked into the parish prison Wednesday on first-degree rape and aggravated crime against nature charges. Gillian is the ex-husband of former “NCIS New Orleans” actor Zoe McLellan. She said the victim is the couple’s son.“There’s no script I’ve ever read…… END_OF_DOCUMENT_TOKEN_TO_BE_REPLACED

Some Lakeview homeowners are demanding answers and want to know where their tax dollars are going.This comes after the area has seen a spike in car burglaries.A Lakeview Crime Prevention District meeting is set for Thursday night at St. Dominic.Many have questions as they pay an extra tax for more patrols and some fear for…… END_OF_DOCUMENT_TOKEN_TO_BE_REPLACED

Two homemade pipe bombs were found in a Pennsylvania township this week, police said. One of them exploded and the other was undetonated, the Caln Township Police Department said in a release. A postal carrier in the township northwest of Philadelphia found the intact bomb Tuesday and contacted police, according to the release. Whoever left…… END_OF_DOCUMENT_TOKEN_TO_BE_REPLACED

New York is on track to ban cashless businesses after the city council voted to join San Francisco and Philadelphia in requiring brick-and-mortar stores to accept cash. Under the law, food and retail establishments would have to accept American bills and coins or face a fine. Mayor Bill De Blasio is expected to sign the…… END_OF_DOCUMENT_TOKEN_TO_BE_REPLACED